A photo essay by Assistant Directors Martina Caruso and Harriet O’Neill on the Open Academy | Open Valley walk held here in the Valle Giulia to kick off the international season of this year’s Being Human Festival.

On 11 October 2019 the British School at Rome responded to the Being Human theme ‘Discoveries and Secrets’ with a walk through the national academies which characterise the Valle Giulia. Each Academy presented a secret object which walkers then discussed together, their conversations punctuated by Andrea Ventura, Kinga Ara and Harriet O’Neill’s enlightening interventions. The walk was introduced by Sarah Churchwell, (Being Human Festival Director and Chair of Public Understanding of the Humanities at SAS, University of London) and we set off at 15.30 from the BSR heading over to the Fontane delle Tartarughe opposite the National Art Gallery.

For our first stop, our group of circa 50 walkers looks over onto the Galleria Nazionale d’Arte Moderna which was built for the 1911 International Exhibition where Andrea Ventura from AMUSE (Associazione Amici del Municipio Secondo) plays La fontana di Valle Giulia all’Alba from Ottorino Respighi’s Fountains of Rome.

At the Academia Belgica Charles Bossu introduces us to their library designed in the 1930s by Gino Cipriani and Jean Hendrickx. 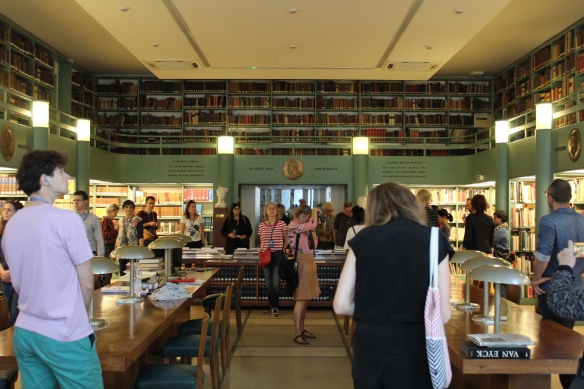 Asker Pelgrom from the Royal Dutch Institute KNIR making us laugh over correspondence he found in the archives from the 1930s describing the raucous behaviour of Dutch award-holders and their consequent banning from the BSR.

The Dutch Institute’s secret object was a beautiful statue of Rhea Silvia with her sons, Romulus and Remus by Corry Franzen-Heslenfeld, winner of the Dutch Prix de Rome in 1929. It was placed at the Royal Netherlands Institute in 1935.

At the Swedish Academy Fredrik Tobin illustrates the shared tools of archaeologists and looters.

The secret object of the Danish Academy hides behind gates, apparently impermeable to the gaze: a sculpture titled Aurora Septentrionalis in travertine marble by Danish sculptor Søren Georg Jensen which Adelaide Zocchi responded to in both a historical and personal way. 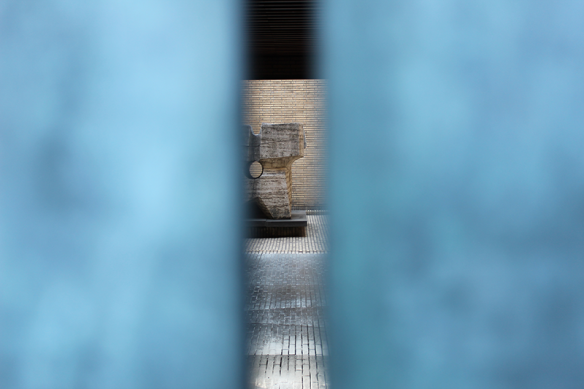 The leaders of the walk Harriet O’Neill, Kinga Ara and Andrea Ventura on Piazza José de San Martin where we learn about Pope Julius III’s activities in the Valle Giulia.

Walkers rapt by the Romanian Academy’s Director, Rudolf Dinuwith, with the Egyptian Academy in the background. 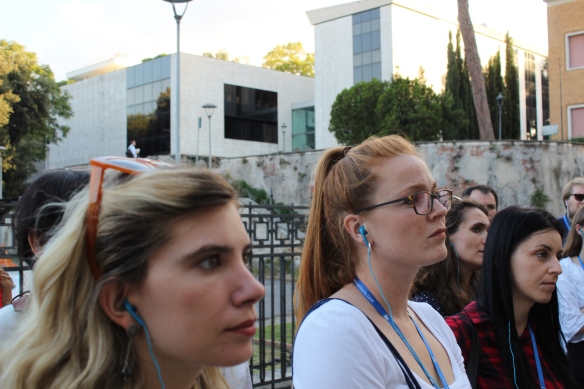 The Romanian Academy’s secret object was the 1930s pigeonholes recently re-used in a contemporary art experiment involving award-holders from academies across Rome writing in.

Moving on from the Passo dell’Arco Oscuro where we learned about bandits and the Madonna, walkers climb the steps up to our next stop… 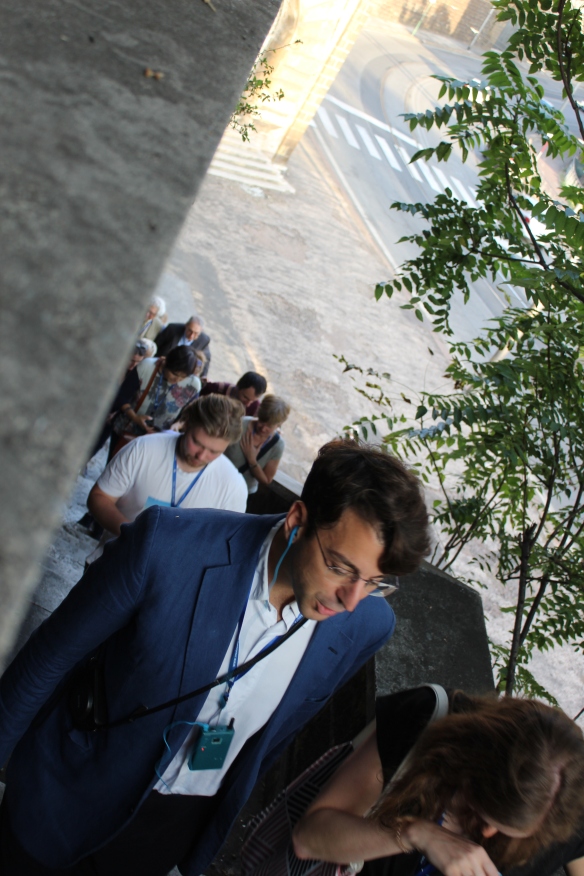 On the 1930s staircase of the Austrian Historical Institute that was intended to welcome Mussolini and Hitler but was never inaugurated.

An unusual sunset view from the Austrian Historical Institute overlooking the Church of Sant’Eugenio.

Another unusual view from the Japanese Cultural Institute overlooking the Villa Giulia Museum and gardens.

And the secret Japanese Garden revealed from behind a sliding door made from rice paper.

A lantern sculpture is the hidden object set in the Japanese garden, it once offered guidance in case of a snowstorm. 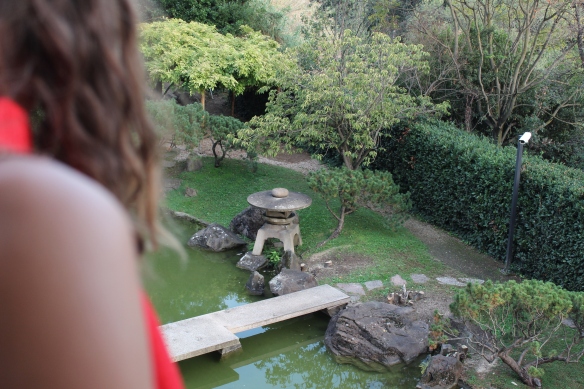 The final stop on the steps of the BSR where dancers from the Compagnia Excursus/prod. Pindoc hint at our secret.

Have you guessed yet? 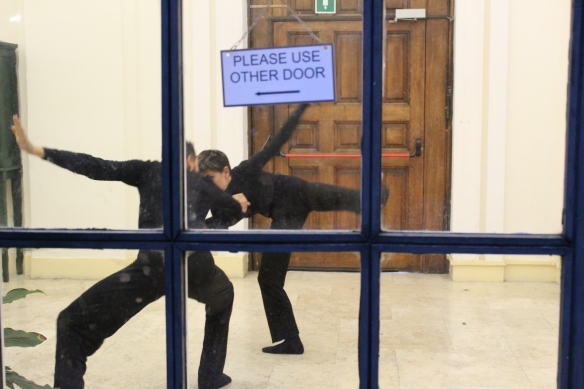 Culminating in the rose garden, Harriet O’Neill reveals the tome-like exhibition catalogue featuring three works by Alma Tadema which hung here during the 1911 international art exhibition and inspired the dance, from an idea by Theo Rawler. 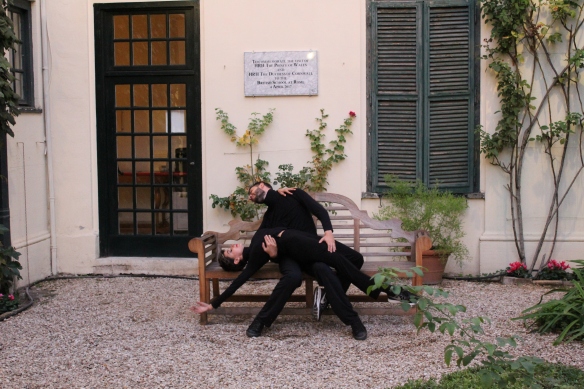 Ricky Bonavita, the choreographer of the dance and founder of Compagnia Excursus/prod. Pindoc with Theo Rawler gives a final speech to describe the troupe’s vision and his site-specific response to the BSR’s neoclassical architecture with dance as a means of research and enquiry.