For the month of October, BSR alumna Clare Rowan has been staying at the BSR to conduct fieldwork for her European Research Council funded project Token Communities in the Ancient Mediterranean. Here she tells us more about her own research on the subject, and the project’s workshop that was held here at the BSR last week.

Tokens in antiquity were monetiform objects, largely made of lead, that were created across the Mediterranean at a very local level. Tokens likely served a variety of purposes: they might aid in governmental procedures (e.g. Athens), serve as banquet tickets (e.g. Palmyra), were used in cults and festivals (e.g. in Rome), and may also have served as a sort of currency at times, particularly in bath houses.

Lead token (20mm) from a private collection showing on one side a male head surrounded by the legend P GLITI GALLI; the other side shows a rooster carrying a wreath and palm branch. The image is a visual pun on the name of Gallus, which meant ‘rooster’ in Latin.

The find spots of tokens aid us in understanding how they were used. Their imagery reveals information about ancient identities, imagery and ancient joie de vivre. While at the BSR, I have been focusing on the tokens of Rome and Ostia, working at Ostia to look through the archives of excavations (Giornali degli Scavi) for tokens and token moulds found in the port. I have also been cataloguing the token collections in the Museo Nazionale Palazzo Massimo, the Capitoline Museums, as well as a collection that was recently acquired by the Archaeological Museum at Palestrina. This last collection consists of more than 1000 specimens, many of which are new types. By using archival and library materials to locate where token moulds (made of palombino or lunense marble) and lead casting waste are found, I have been able to begin to identify that tokens were privately manufactured across both Rome and Ostia, connecting particular types to particular buildings, and even particular tabernae.

Lead token (22mm) from a private collection showing the lighthouse of Portus on one side and the legend ANT on the other.

A workshop was also held at the BSR on the 18 and 19 October, Tokens, Value and Identity, Exploring Monetiform Objects in Antiquity and the Middle Ages, organised by a postdoctoral fellow in the project, Antonino Crisà. Scholars from around the world came to discuss tokens from different collections and excavations across the Mediterranean. 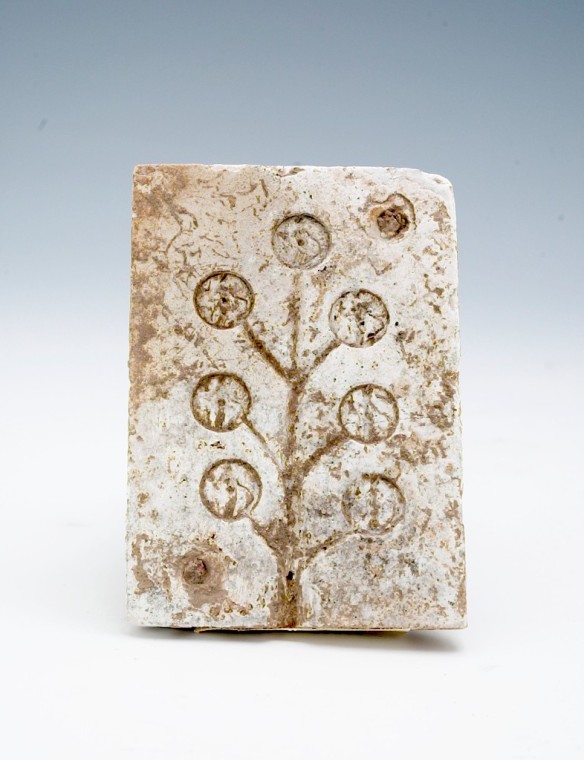 The workshop underlined the idea that tokens were made very locally, often unique to a particular city – the method of using marble moulds to cast tokens, for example, appears to be found only in Rome and its port. The exchanges among the scholars who attended continued to contribute to the development of a methodology to study these objects, which have not seen serious attention since Rostovtzeff in the 19th century. If you are interested in seeing and learning more about these objects, you can find the blog entries of the team members here: https://blogs.warwick.ac.uk/numismatics/tag/token/

Speakers at the Tokens, Value and Identity Conference