We caught up with our Abbey Scholar in Painting, Vivien Zhang, for whom the June Mostra will be her third exhibition at the BSR. Here she reflects upon her residency  and how being in Rome has had an impact upon her practice.

Vivien Zhang’s work looks at the idea of repetition and painting as a site for assemblage. Context-specific motifs, such as the mathematical shape gömböc and aluminium foil, enact as well as interrupt fields of repetition. Layering in Zhang’s work often simulates algorithms found in digital imaging software – an approach influenced by our ways of engaging with visual material today. Zhang explores through her work our expanding accessibility to images and information today, our shifting authorship and authority over such materials, and our increasing re-identification as trans-border inhabitants.

What will you be showing in the Mostra?

Trompe l’oeil! This is a preparatory drawing for the painting I’m showing in the Mostra-ultimo:

Has working in Rome stimulated any new projects in Italy for you outside of the BSR?

Definitely. I did a show called All As Long Distance Neighbours in a seaside town in Pescara, Abruzzo, at a new project space called SOYUZ. This was curated by Italian curator Marialuisa Pastò. And… a show at this absolutely out-of-this-world site in Tuscany, called Monteverdi. The Monteverdi Gallery is situated in a 900-year-old village on a hilltop in Tuscany, called Castiglioncello del Trinoro. The programme of the gallery is curated by UK-curator Sarah McCrory. The show had just finished this week.

Vivien’s work at the Monteverdi exhibition.

I was invited to collaborate with a gallery to exhibit at the Milanese art fair – MiArt. It was such an exciting project to have on my plate, though it was right after our March Mostra. It was an opportunity for me to learn about the Milanese art scene – one that’s exceptionally vibrant in Italy – and the city itself. Also through the project I met a bunch of brilliant people – both curators and artists!

Vivien’s work at the MiArt exhibition

Vivien’s work at the MiArt exhibition

You referred to some ancient elements last time – the Etruscan vase handles, the pointing hands from Santa Maria Sopra Minerva. Have ancient motifs continued to be of inspiration?

This one, a half-dolphin half-pirate figure, crept into my work. It comes from an Etruscan vase, now in the Toledo Museum of Art. It’s based on a tale about how Dionysos transformed pirates into dolphins and the pirates were captured in the middle of that transformation. The pirates were leaping into the sea from their ship in fear of a lion and a raging bear, which the god, angry, had invoked on their ship. 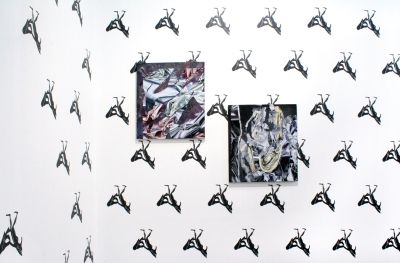 As you approach the end of your residency, what do you think you will miss the most about Rome?

The people I’ve met at the BSR, the community, and environment of this place. I think it’s pretty indescribable and can only be understood having experienced it… Everything from our Assistant Director’s Prosecco-segues to tales of the old girl Fragolina…

I will also be participating in High Noon, a group exhibition of works by artists from the different foreign academies in Rome. The opening of the show is on 24 June. Stay tuned… 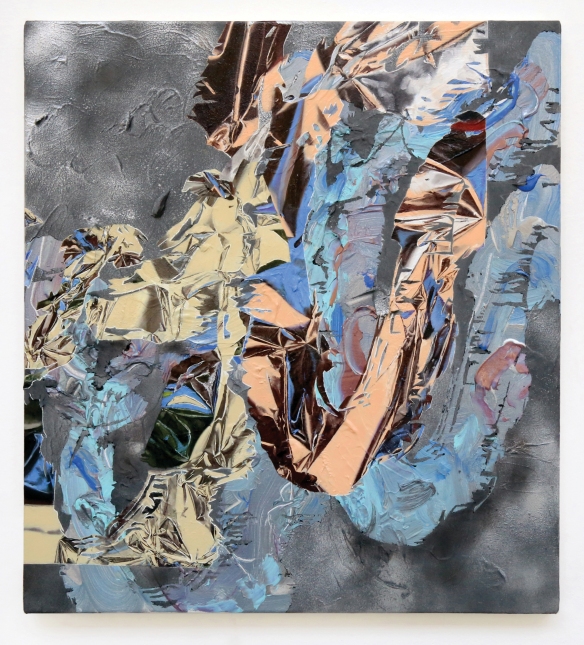 And I am currently showing works at Art Basel in a group presentation. Here is one of the paintings you can see at the art fair: 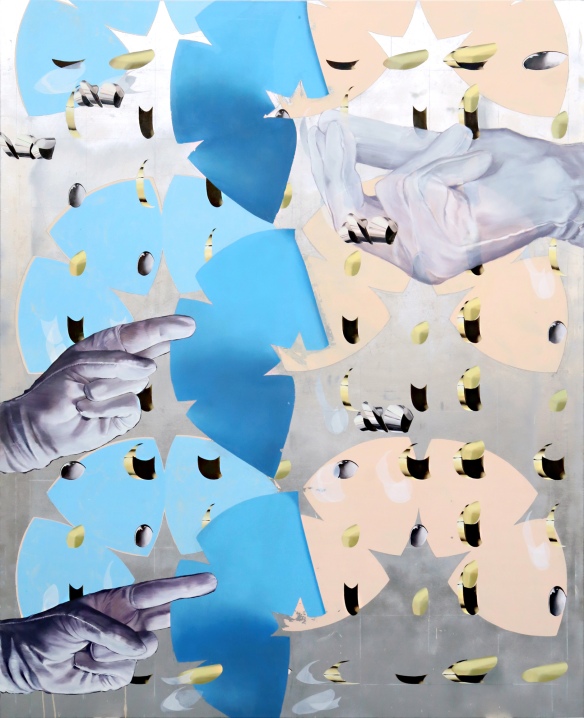 Vivien’s work will be exhibited alongside the six other resident artists in the June Mostra; open 16.30-19.00, Friday 16 June until Saturday 24 June 2017, closed Sundays.