Dedication to Augustus at a theatre in Lepcis Magna. Image from the Inscriptions of Roman Tripolitania (IRT) collection held in the BSR Photographic Archive.

The EAGLE project (Europeana network of Ancient Greek and Latin Epigraphy) will make available the vast majority of the surviving inscriptions from the Greco-Roman world via a single user-friendly portal. The project, co-funded by the European Commission, is coordinated by La Sapienza, Università di Roma, and more than twenty cultural institutions, archives, universities, research centres and innovative enterprises from all over Europe are participating.

The BSR is delighted to be participating in this project by contributing with significant metadata and images from its Archives. All the records in the EAGLE database belonging to the BSR Archive will be published on Europeana. 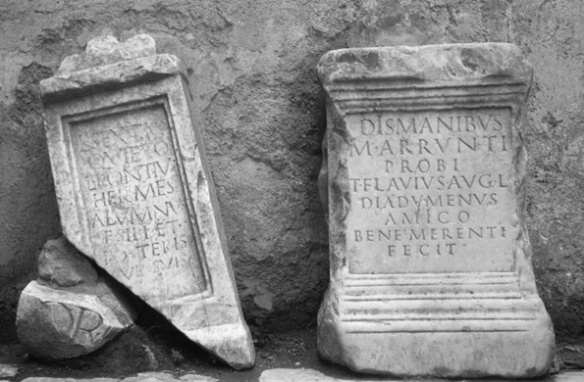 Inaugurated in April 2013, the project has gone from strength to strength, with biannual meetings, and its first international conference on Information Technologies for Epigraphy and Digital Cultural Heritage in the Ancient World held on 29-30 September 2014. The Proceedings from this conference are now available online, and include chapters by BSR Archivist Alessandra Giovenco on intellectual property rights issues, and BSR EAGLE Consultant Francesca Bigi on the translation of inscriptions. 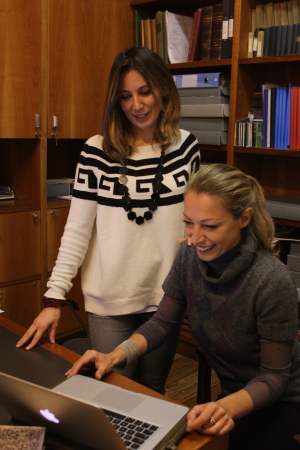 The fifth in a series of international events was recently held in Nicosia, Cyprus on 11-12 March 2015, organised in collaboration with the Cyprus Institute, focusing in particular on digital technology applied to inscriptions, from content to management and networking. More details about the event can be found here: http://www.eagle-network.eu/eagle-2015-international-event/

Eighteen months into the project, the EAGLE Best Practice Network was internationally recognised as the world’s leading consortium for digital epigraphy. Today EAGLE includes almost all the big players in the digital epigraphy sector. The network has grown significantly in terms both of geographic reach and of expert participation. As one of the founding contributors, the BSR is proud to be participating in a project that brings together the excellence of the academic epigraphy sector, exposing the potential of this historical resource to the general public through the use of digital media.

We are delighted to announce that EAGLE Consultant Francesca Bigi will be hired for more hours over the last year of the project to help with user engagement and dissemination.